Answer: they are all weirdos.

Or at least they are all different from the society around them.

The key is that they were able to take that difference and make it a success story.

Which pretty much produces a lot of this:

Organizations sometimes struggle because they want compliance and obedience from the middle managers, but they need boldness and creativity from their leaders (who were once middle managers). This is not surprisingly very confusing for the people who are rewarded for being a good conformist, only to be chastised for not being authentic enough.

The reality is that most systems often reward people for conforming and punish them for being different.

(Ah Breakfast Club. Their punishments only made you stronger.)

Even outside of High School, we are all looking for ways to fit into the group and make sense of our place in the world, our company, our community or our society.

We want to be successful so therefore we strive to belong.

And yet, when I look at that list of men and women (and it could have been much longer), I see strong-willed, independent-thinking, non-conformists. Artists, scientists, business-people, activists and politicians who felt different than the world around them and wanted to do something about it.

Ann Richards, many would argue, was actually the first woman elected in her own right to be Governor of Texas. (Miriam Ferguson was elected twice as proxy for her husband who had been impeached.) She campaigned for Mondale and Geraldine Ferraro during the 1984 Presidential election, even though Texas was for Reagan, and she repeatedly spoke her mind on many unpopular issues, like women’s rights and gun laws, eventually causing her to lose the election to George W. Bush in 1994. Richards made sweeping changes in Texas around prison and education reform as well as gun laws, all within the context of Texas conservatism. She was an authentic leader and fought successfully for what she believed in. An alcoholic in recovery, she demonstrated that focusing on who you really are is more important than trying to fit into an existing mold. 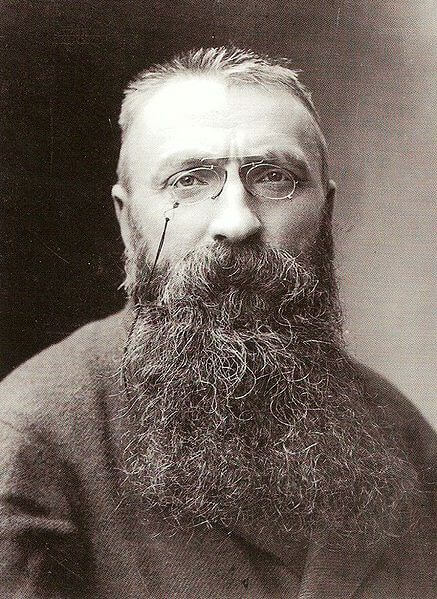 “There is nothing ugly in art except that which is without character.” – Rodin

Rodin was a weirdo in the sense that he wanted to create sculptures that told a story about the essence of the person, not just about the skill of the artist. He was rejected from the Beaux-Arts school four times (never went) and repeatedly accused of having no talent, until he became one of the most celebrated artists of the turn of the twentieth century. He was never interested in becoming like other artists and focused entirely on his own vision. 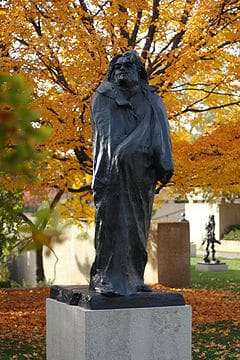 This sculpture of Balzac was such a monumental break from the norm of what was expected from heroic sculpture that it was at first derided for being a mess and an embarrassment. Later, it would become one of the potent signals pointing to the dramatic shift in art and realism. (You Must Change Your Life, by Rachel Corbett)

Hamdi Ulukaya is the entrepreneur and founder of the successful yogurt company Chobani. In a relatively short period of time, Ulukaya has managed to steal considerable market share from the $3 billion yogurt industry by building a company that “fuses competitiveness with an unusually strong sense of compassion.” He gives 10% of Chobani equity to his employees, has instituted a six week parental leave and has helped to transform American’s taste in yogurt.

When he first decided to buy a soon-to-be defunct Kraft yogurt facility, his lawyer was not so pleased. “He said, ‘Hamdi, What are you talking about? You’re telling me Kraft is closing the plant, and you are going to do something with it? They’re looking for an idiot. You’re the idiot.'” – Hamdi Ulukaya (Fast Company)

What was it that gave Ulukaya the courage to believe that he saw something in that factory that Kraft did not? Maybe it was the weirdo in him.

Ulukaya is an anticapitalistic entrepreneur who sees himself as an outsider. What is expected of him from society and the fears that the rest of us have (as illustrated by the lawyer) do not concern him.

Wilbert L. Gore (and his wife Genevieve) founded the Gore company when Bill was a 45 year-old chemical engineer at Dupont with five kids. Turns out that he and his wife didn’t like the “authoritarian” nature of large companies and wanted to start something on his own.

How about a company without hierarchy?

An organization with no bosses?

(But who will pet this cat?)

Not only has Gore been a successful company, it is consistently listed as one of the most innovative companies in the country. (Anyone ever heard of Goretex?) All because he was willing to follow his own desires over what common sense and the popular opinion would have him do.

Maria Grazia Chiuri is a fashion designer who recently left the company Valentino to head up Dior. She and her partner Pierpaolo at Valentino were able to build their company into a billion dollar design juggernaut by making designs that were different and relatable. In her Fast Company interview from June 2016, she was asked about what made her collaboration so successful?

“Every relationship needs respect. It’s important to maintain differences. Difference is a value, not a defect. You can argue. You make your point of view more strong.”

The ability to honor those differences in other people and within ourselves, the willingness to celebrate the weirdos is what allows us to differentiate ourselves from the masses.

If, however, you have felt like a weirdo your whole life, then maybe it is time to celebrate that difference.

What if that difference, that strange way of thinking and interacting with the world is actually more of a strength than a weakness?

What if by risking being different you gained the freedom to be yourself and in that freedom you became more powerful than you could have imagined?

The only thing that we have to lose is mediocrity.

Blog Post41#blog
How do you make it safe to fail?